Skip to content
I read somewhere that you can make glue from wheat flour. It was a craft project. Sure enough its a simple water and flour paste.  But if I eat it, does it do the same thing?Milk was something I loved as a child. It was rich and creamy and yummy. This of course was in the 60′ and 70’s before homogenization and ultra pasteurization became the norm.

I was fine with milk till about the early 90’s. At that time I started to have the very embarrassing problem of gas, really smelly gas. I worked in an office. I took the train to work. I rode on elevators. None of these are good places to release smelly gas farts. Back then I had not made the connection.  I had already been a vegetarian for almost 10 years at that point but my diet included pasta, cheese, milk  and bread in large amounts just about every single day. I was also taking super high doses of vitamins and supplements.

It was not until 2007 that I stopped eating milk products and found to my complete surprise that the smelly gas went away!

At first I thought I was lactose intolerant. So, yes, I tried those lactaid pills.  They didn’t really work.

I found that I could tolerate organic milk, so then I thought it was the rBst and rbGH.

Then I started to hear about A2 and A1 milk proteins. A2 and A1 are types of casein protein . A1 is most common in north American cows while  A2 is more common among Indian cows (the ones with the big hump on the back).  This explained why during the 7 weeks in India I had no gas, bloating, or smelly exhaust problems.

Now I love cake, chocolate cake to be more specific, and I have no plans to stop eating it.  So that is going to be a source of both milk and wheat in my diet.  So I had to reduce all the other sources so the impact of the cake would be negligible.

I do believe in moderation, just not where chocolate in concerned. Making and buying vegan cake and brownies is another option. I do have my own recipes for these and I prefer to eat the vegan version when possible.  I feel so much better after eating them.

My initial goal had been to try to keep my bread intake down to 1 slice of bread per day or one serving of wheat per day. At this point I have switched to rice noodles which are incredibly cheap in China town and I only have pasta once or twice a month. I used to have pasta almost every day and bread almost everyday. Now I’ll have toast or a sandwich maybe once a week.

I keep the bread and bagels in the freezer. Just one loaf and a few bagels can last more than a month for the 2 of us.

As a general rule I read the ingredients on almost every thing I eat. I found that most of the bread now also has milk in it. It’s really hard to find bread that does not have milk.  Really, bread should be grain, yeast, sugar. Everything else is extra.

I’ll be 53  in a couple of weeks.
I’ve been vegetarian since 1987,
so thats, 29 years of no meat, poultry, or fish.
Staying healthy is so much more important to me now.
yes I feel better.
every bit helps 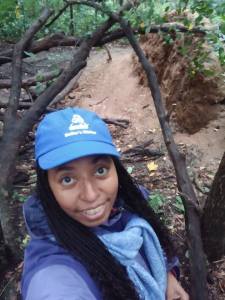 Smile for no reason - Happiness is a choice Pay It Forward - random acts of kindness the best legacy of all Love You... start there View all posts by Evelyn Rosa